Our Tagore Medical College and Hospital is affiliated to The Tamil Nadu Dr. M.G.R. Medical University

The Government of Tamil Nadu have issued Essentiallity certificate in their letter No:35967 MCA2 / 09 – 4 Health Dated:15.9.2009 for establishment of Medical College with 150 seats from the academic year 2010 -11 subject to the condition that the approval of Government of India / Medical Council of India is obtained before the students are admitted. 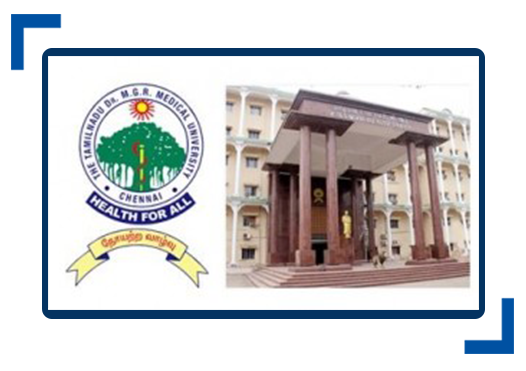 The Tamil Nadu Dr. MGR Medical University Chennai, in the letter No: Precedings Affln III (3) /32878/2009 Date: 29.07.2010 had granted provisional affiliation for starting M.B.B.S degree Course from the Academic Year 2010 – 2011, with an annual intake of 150 students. The Provisional affiliation is continued every academic year by the Tamil Nadu DR.MGR Medical University.

The need to have a separate Medical University in Tamilnadu exclusively to deal with medical education and research at Under graduate, Post graduate and Doctoral level was keenly felt for over a period of years and was under consideration of the State Government since 1980. The State Government appointed a High Level Committee consisting of Dr. A. Venugopal, Dr. M. Natarajan and Dr. S. Kameswaran to go into all aspects of establishing a separate Medical University and make suitable recommendations to the State Government. Apart from modern medicine, the Committee was also requested to examine and suggest improvements to be made in other traditional systems of Indian Medicine viz. Siddha, Ayurveda and Unani. The intension was that the Medical University to be established in Tamil Nadu should bring about co-ordination between various educational and training institutions of modern medicine as well as other Indian Systems of Medicine, Dentistry, Nursing, Pharmacy, etc. and promote research. Based on the report of the Committee, the Medical University was established by the Government of Tamil Nadu.

The Tamil Nadu Medical University Act, 1987 (Act No.37 of 1987) received the assent of the President of India on 24th September, 1987. By an Act No. 39 of 1991, it was amended that the Act may be called “The Tamil Nadu Dr. M.G.R. Medical University, Chennai, Act, 1987. This affiliating University governed by the said Act started functioning from July 1988. The Students admitted to the various Medical and Paramedical courses after 1.3.1988 come under this Medical University as per Government notification issued in G.O.Ms.No.1628/Health, Indian Medicine and Homoeopathy and Family Welfare Department dated 23.08.1988.

The Administrative office of the University was initially functioning in a building at Velachery Road, Guindy, Chennai – 600 032 from 12.07.1988. From May 1989 the administrative office of the University was functioning at a seven storeyed building owned by Periyar Trust at 52, E.V.K. Sampath Salai, Vepery, Chennai- 600 007. The University has constructed its administrative complex in the land at Nawab Garden, Guindy allotted by the Government of Tamil Nadu as per G.O. Ms. No. 1165, Health and Family Welfare Department dt. 21.10.1992. The University is now functioning in its own building at Nawab Garden, 69, Anna Salai, Guindy, Chennai – 600 032 with effect from 12.6.1994.

This is the only Medical University in Tamil Nadu capable of granting affiliation to new institutions under Government or Self-financing in Medical, Dental, Indian Medicine/Homoeopathy & Allied Health Sciences(Pharmacy, Nursing, Physiotherapy, Occupational therapy etc.) and awarding degrees under a single umbrella to maintain uniform and high standards of education. Until 1988, all degrees of Health Sciences were awarded by the University of Madras.

The University also promotes research and disseminates knowledge gained therefrom. The University has been declared eligible by the UGC u/s 12(B) of the UGC Act 1956 for receiving central assistance. (UGC letter No. F.9-14/2007 [CPP-I] dt 12.3.2008).

Details of the Present Vice Chancellor : 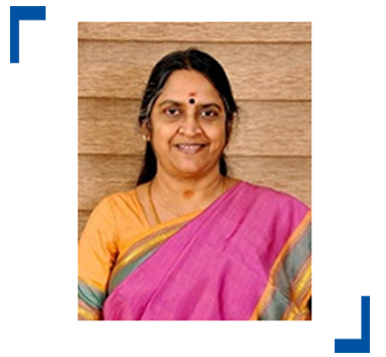 Details of the Present Registrar: 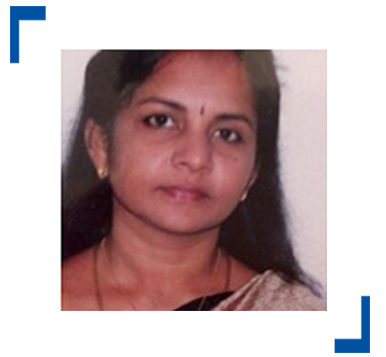